Hyderabad
Please Note: Your wellbeing is our priority

Hyderbadbad, the capital city of newly formed Telangana state, sprawls along the Musi River. Situated on undulating terrain complete with scenic lakes, the city is a major metropolitan establishment which is unique, for it draws heavily from its rich history, and at the same time, stays ahead of curve in development and growth.

The city of Hyderabad has always been a topic of mention in the pages of history. An important political centre for different dynasties, the city was groomed to evolve as major cultural centre which has attracted works of virtuosos of painting, architecture and literature. Each era has its vivid reflections imprinted on the city’s architecture, monuments and cuisine. Same are visible in the grandeur of Charminar which has become the landmark of the city, just like the Golconda Fort. While Birla Mandir and NTR gardens are newer additions to the city landscape, Safdarjung Museum houses artefacts and relics reawakening the past. One’s visit to Hyderabad is not complete unless they have savoured the world-famous Hyderabadi Biryani and Haleem, a Mughal style of preparation. City’s traditional bazaar like Laad Bazaar and Sultan Bazaar still retain the fervour and chirpiness of the old times.

The city is the largest contributor to the revenues to the state and has been the important business capital of the region. Referred to as ‘City of Pearls’, Hyderabad plays a dominant role in India’s pearl trade. Home to major Indian enterprises and a juggernaut in the Indian IT scenario with India headquarters of Microsoft and Google here, the city’s business and growth story is charting new success. The strategic location of business hotels in Hyderabad in closer proximity with busy commercial centres slackens the visitor’s worry to commute for long distances between various places of interest.

Situated on the banks of the Musi river, Hyderabad is a city most famously known for its biriyani and rich architectural glory. Besides the unmatched splendour of the popular Charminar, the Golkonda Fort, and the Salar Jung Museum, there are other prominent attractions like the Lumbini Park, the Hussain Sagar Lake, and the Nehru Zoological Park. Yet another special attraction of Hyderabad is the Ramoji Film City, which offers a detailed look into the surreal life of films. The Fortune hotels in Hyderabad are some of the perfect ideal accommodation options in the city. 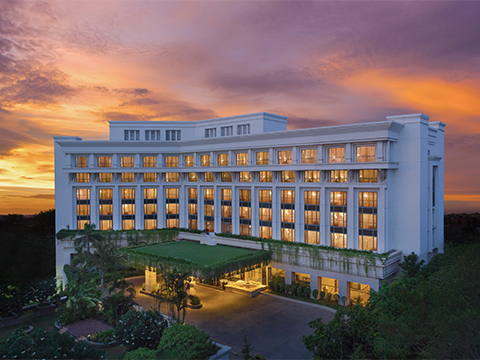 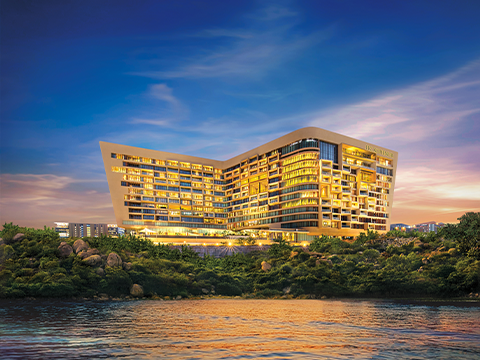 Located in the heart of Hyderabad’s HITEC City & overlooking the picturesque Durgam lake, ITC Kohenur is an ode to rare & priceless experiences.