Madurai
WeAssure: Your Wellbeing is our priority

Madurai, one of the oldest inhabited cities in the world, is situated on the banks of river Vaigai in the State of Tamil Nadu. The city is considered one of the holiest Hindu pilgrimage destinations in India, and has a few pseudonyms like the ‘City of Junctions’, ‘City of Jasmine’, ‘Temple City’ etc.

The ‘Temple City’ boasts of magnificent temples and sculptures, reflecting the remarkably rich heritage of Madurai. Lifeline of Madurai, the keeper of Tamil language, is its spectacularly architected Meenakshi Temple, which pulls tourists and devotees from around the world. Hotels in Madurai that are bustling with religious and commercial travellers offer their guests a comfortable stay. Maximum percentage of city’s commercial activities revolve around the Meenakshi Temple, dedicated to the much-revered goddess Parvati. Other temples include Koodal Alagar Temple and Thirparankundram temple. The city is also home to many educational institutes like Madurai Medical College, Homeopathic Medical College and Madurai Law College. The architecture of the temples in Madurai is equally aesthetically pleasing as that of its universities. Madurai is a culturally rich city known for celebrating its festivals with enthusiasm. The most noteworthy festivals of the city are the Rath Jatra Festival, Thai Pongal and Theppotsavam. Gandhi Memorial Museum, which is one of the only five Gandhi Sangrahalayas in the nation, is another gem to the culturally and historically rich Madurai.

Madurai satiates its religious travellers with not only the enchanting religious experience, but also offers shopping opportunities. It is famous for its cotton sungidi saris, brass works, tanjore paintings, handicrafts and antiques. The ‘Granite City’ caters to all its visitors with warmth, and captivates their religious side. 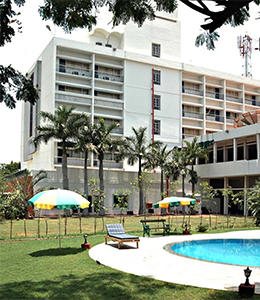