Bhubaneswar
Please Note: Your wellbeing is our priority

Situated near the eastern coast of India lies Bhubaneswar, the capital, as well as the largest, city of the state of Odisha. In the earlier centuries of the Kalinga kingdom, this city saw an array of beautiful temples that were constructed based on the architecture of that age. Due to this, Bhubaneswar today is widely known as the ‘Temple City of India’. Till this date the city lovingly adheres to its cultures and traditions, while embracing the steady rise of modernity. Bhubaneswar is now one of the most swiftly growing Tier-2 cities in India.

Bhubaneswar is visited by tourists from not only India, but also from all over the world. It is dotted with stunning temples, like the Sri Mukteswara Temple, Sri Lingaraja Temple, ISKCON, Ram Mandir, Sri Parasurameswara Temple and many more. The temples have magnificent architecture and provide an insight into the history and the making of the city. The Udayagiri Caves and the Museum of Tribal Arts and Artefacts are the other prominent tourist spots in the city that one may visit.

For those whose interest lies in the rich heritage and culture of Odisha, there are many well-organised tours that one can participate in to know more about the city. With various local shops and markets, those with an eye towards shopping can pick up Oriya handcrafted items, fabrics, sculptures and much more. Bhubaneswar also has an eclectic mix of both vegetarian and non-vegetarian cuisines. Sample dishes ranging from the classic fish curry and rice, to traditional Oriya food like the Cuttack chat, and a wide variety of sweets made from jaggery and coconut.

Bhubaneswar is now rapidly modernising in other significant sectors like technology, medicine and education. Many multinational companies have set up offices in the city and contributing towards the strengthening of city’s economy. 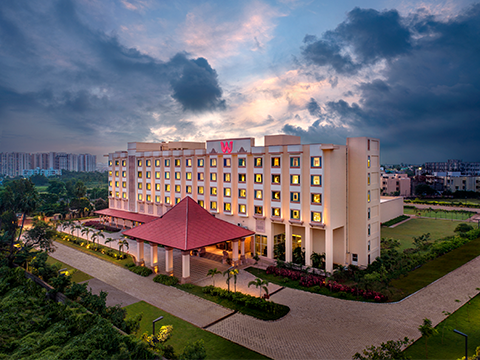 A visual and architectural tribute to the cultural wealth and history of the state of Odisha, this impressive hotel is the perfect base for both business and leisure trips to the city. 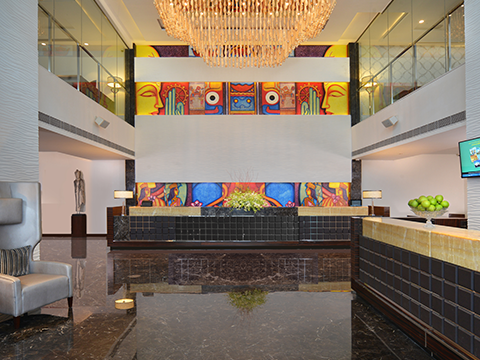 Fortune Park Sishmo is a centrally located, full service hotel in the smart city of Bhubaneswar, offering premium accommodation with high-speed Wi-Fi connectivity, a choice a dining options, and much more.