Visakhapatnam
Please Note: Your wellbeing is our priority

Visakhapatnam, or Vizag as it is often called, is one of the best tourism destinations in Andhra Pradesh. From lakes to cool beaches, from beautiful hill ranges to caves and valleys, Visakhapatnam has them all. The district has many tourism spots that represent the culture and heritage of India – be it The Araku Valley or the Kailasa Giri, that is packed with beauty of green meadows and parks; even the Borra Caves show the magnificence of colours in natural cave formations.

Visakhapatnam, a city of cultural & religious diversity is credited of having the oldest shipyard in India, housing a natural harbour besides being the headquarters of the Eastern Naval Command of the Indian Navy.

With a rich cultural past, strategic location and picturesque landscape, Vizag is the perfect destination to keep one’s spirits soaring. The city sometimes goes by its now mostly extinct colonial British name, Waltair or the 'City of Destiny'.

Home to several state-owned heavy industries, Visakhapatnam owns one of the most advanced steel plants and also showcases one of the country's largest ports and oldest shipyard. 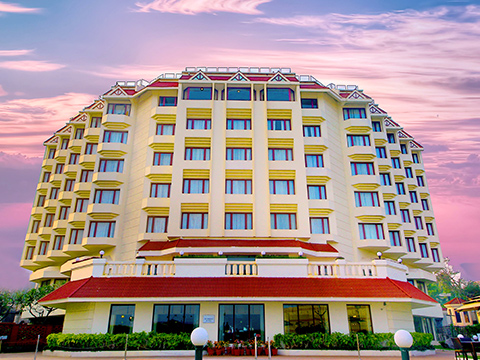 Perched on a hilltop just 100m from the sea, the hotel offers a panoramic view of the Bay of Bengal & the city. Its premium facilities & services make it the leading choice for the discerning traveller. 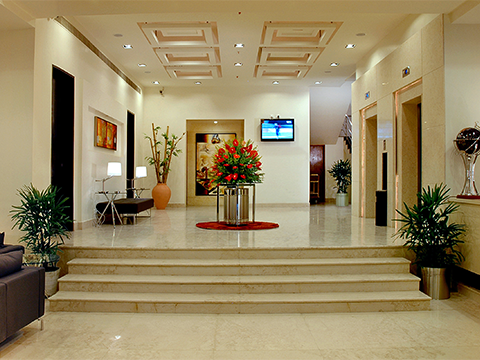 Fortune Inn Sree Kanya is a contemporary business hotel conveniently located in one of the largest cities of Andhra Pradesh, Visakhapatnam. The hotel offers 68 well-appointed rooms, state-of-art conferencing and banqueting facilities, a well-equipped gymnasium, and a wide range of modern amenities.