Mysore
Please Note: Your Wellbeing is our priority

The former capital of the Wodeyar dynasty, Mysore is the second largest city and cultural capital of the state of Karnataka. Famed for its thousand year-old history, Mysore is also known to be one of the most well-planned cities of southern India.

No trip to Mysore can be regarded complete without a visit to the grand Mysore Palace. The official residence of the royal family of Mysore i.e. the Wodeyars, the Mysore Palace is celebrated for its stunning architecture, which is a blend of the Rajput, Muslim, and Gothic styles. The "musical fountain" show held at the Brindavan Gardens is another major Mysore attraction. The St. Philomenas Church and the Chamundeshwari Temple, located on top of the Chamundi Hills, are both splendid monuments that are part of Mysore’s architectural heritage and well worth a visit.

Climbing the Chamundi Hills or going on walking tours of Mysore city are some of the activities worth indulging in. Those fascinated with folk art must plan a visit to the Folk Art Museum that houses over 6000 artefacts related to folk art and crafts from all over Karnataka. 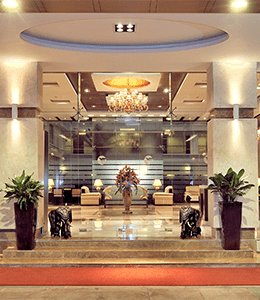