Haridwar
Please Note: Your wellbeing is our priority

Haridwar, also known as Hardwar, is located in Uttarakhand in North India. It is well-known for being one of the seven holiest destinations to Hindus in the country. The Ganges river flows from it (Gaumukh) for 253 km and enters the Indo-Gangetic plains in the Northern region.

Haridwar, along with Ujjain, Prayag, and Nashik is one of the four sites where drops of Amrit – the elixir of immortality - were spilled accidentally by Garuda, the celestial bird, according to the Samundra Manthan. The same is also manifested in Kumbh Mela which is celebrated on a large scale every 12 years in Haridwar. The city is, therefore, the site for many religious festivals, such as Kumbh Mela, Baisakhi, Somwati Amavasya, to name a few. Haridwar is also the largest city in the district and is developing beyond its religious fervour. Known as heaven for nature lovers, Haridwar presents a kaleidoscope of Indian development and culture.

The city is easily accessible from Delhi (200 km) and is well connected by rail and road networks from all parts of the country. The nearest airport to the city is Dehradun’s Jolly Grant Airport which is 20 km from Haridwar. 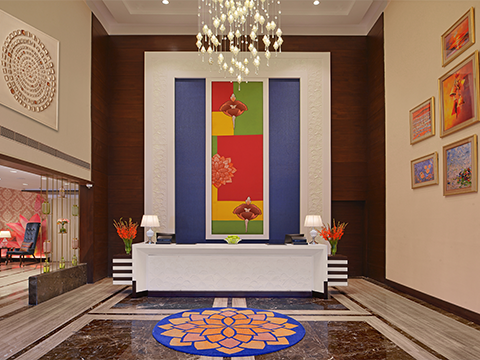 Fortune Park, Haridwar is located on NH 58, just 5 kms from SIDCUL, and 12 km from Har ki Pauri. The hotel offers 48 contemporary rooms, high-speed Wi-Fi and banquet facilities for up to 125 guests.