Gurugram
Please Note: Your wellbeing is our priority

Located in the state of Haryana, Gurugram has made a phenomenal rise from being a hinterland to one of the prime commercial hubs in India. The scale and pace of urbanization spurred the area’s per capita income to third highest in India, and the city, to its credit, houses headquarters of more than half of the Fortune 500 companies.

Gurugram shares proximity with New Delhi and figures as a prominent part of NCR agglomeration. A modern establishment with several skyscrapers adorning the skyline of the city including great-value business hotels in Gurugram, it opens colourful avenues to Delhi’s rich tourist attractions. Its young urbanism is complemented by a trendy mall culture complete with cafes, bars and restaurants. DLF Cyber Hub is one-stop for outing, amusement and shopping, and promises an engaging nightlife to Gurugram residents and travellers alike. ‘Kingdom of Dreams’ is another popular destination thronged by crowd for its larger than life plays and performances.

Once started off as a BPO and IT outsourcing hub, the city has come a long way to become a centre for major domains as well as niche areas. The city also has manufacturing plants of Maruti Suzuki, Hero and GE. This dazzling business potential of the city has always seen heightened interest in real estate and has established Gurugram’s status as the 'Millennium City'. 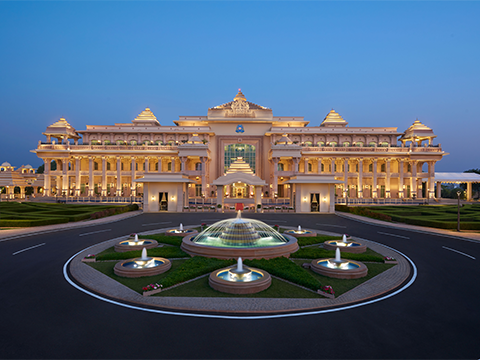 A tribute to the glory of India & set amidst the Aravalis, the retreat features 104 suites & villas, 27-hole golf course, exquisite culinary & wellness experiences. 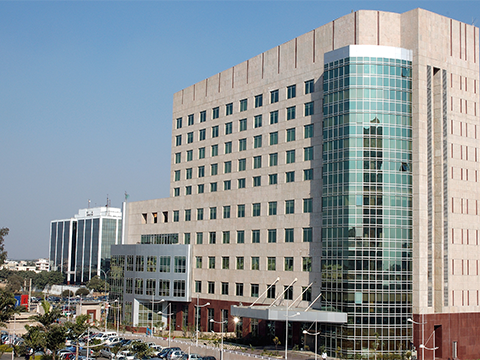