Coimbatore
Please note: Your wellbeing is our priority

Ruled by the Cheras between the 1st & 4th Centuries, Coimbatore was part of the Kongu Nadu and it served as the eastern entrance to the Palakkad Gap, the principal trade route between the west coast and Tamil Nadu. It subsequently witnessed the rule of other dynasties which included among others, the medieval Cholas, the Vijayanagara Empire, and the Kingdom of Mysore. Coimbatore originally derives its name from Kosamputhur (a place where Kosar tribes lived), which became Koyamuthur and then eventually, Coimbatore under the British Raj.  Culturally rich and diverse, the city hosts various art, dance and music concerts every year. It houses a number of museums and art galleries like G.D. Naidu Museum & Industrial Exhibition, H. A. Gass Forest Museum, Government Museum, Kadhi Gandhi Gallery and Kasthuri Srinivasan Art Gallery and Textile Museum. The city is now a major textile and manufacturing hub in Tamil Nadu. 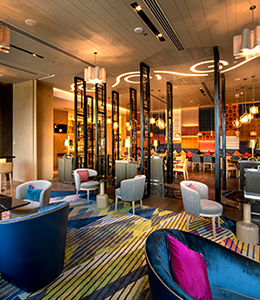