Chandigarh
Please Note: Your wellbeing is our priority

The union territory of Chandigarh serves as the state capital to Haryana and Punjab. The name Chandigarh is a portmanteau of Chandi and Garh. Chandi refers to goddess Chandi, the warrior form of goddess Parvati, and Garh means fort. The name is derived from Chandi mandir, an ancient temple devoted to the Hindu goddess Chandi, near the city in Panchkula District.

Chandigarh and adjoining cities of Mohali (Punjab) and Panchkula (Haryana) are together called Chandigarh Tricity. Chandigarh, the dream city of India's first Prime Minister, Sh. Jawaharlal Nehru, was planned by the famous French architect Le Corbusier. Picturesquely located at the foothills of Shivaliks, it is known as one of the best experiments in urban planning and modern architecture in the twentieth century in India. Chandigarh tops the list of Indian states and union territories in Human Development Index. 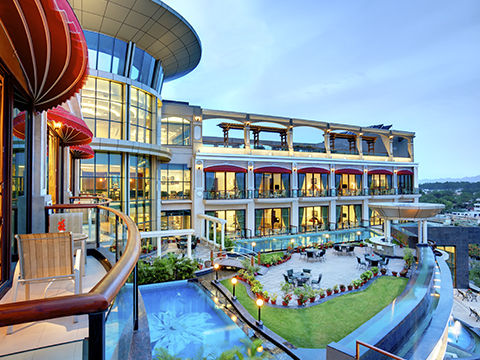 Located in Panchkula, offering a spectacular view of the Shivaliks, the hotel offers plush accommodation, premium dining options & an array of wellness facilities.