Aurangabad
Please Note: Your wellbeing is our priority

Recently declared the ‘Tourism Capital of Maharashtra’, Aurangabad is an important hub in the state’s tourism sector with its close connection to significant tourist destinations such as caves of Ajanta and Ellora and the famous Mughal monument Bibi-ka-Maqbara, which have been declared ‘World Heritage Sites’ by UNESCO.

Aurangabad, the heritage hub of Maharashtra, is better known as the 'City of Gates' with up to 52 towering Darwazas (Gates), majority of which were constructed by Aurangzeb during his over-stay in the Deccan. There are four main Darwazas leading into the city, which along with nine secondary darwazas formed part of the defence systems of the city.

Although Marathi and Urdu are the principal languages of the city, they are spoken in Dakhni – Hyderabadi Urdu dialect. Wali Dakhni, the first established poet to have composed a classical poem in Urdu was from Aurangabad. Other prominent poets from Aurangabad include Siraj Aurangabadi, Azad Bilgrami and Sikandar Ali Wajd. With a variety of cuisine and travel spots to choose from, Aurangabad is a city that welcomes people from around the globe to explore and discover the glorious past related to the city. 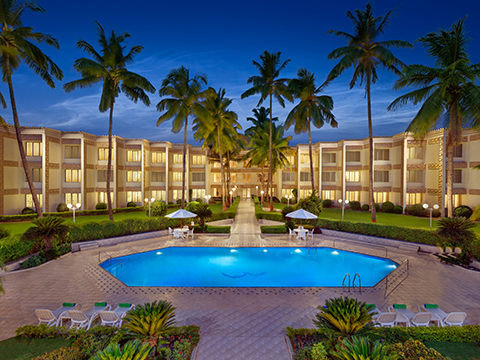 With a distinctive character; Welcomhotel Rama International offers the perfect balance between modern amenities and the warmth of Indian hospitality