Ghaziaba
Please Note: Your wellbeing is our priority

Situated in the state of Uttar Pradesh (U.P), Ghaziabad is its second largest industrial city, manufacturing railway wagons, glasswork, clay ware and bicycles among other large scale industrial production. It is often regarded as ‘Gateway of U.P’ owing to its location on the main route from Delhi into U.P. Counted in the National Capital Region of Delhi, the city is well-planned and is well-connected with Delhi, Noida, Meerut and other frequently visited areas.

A modern industrial city, Ghaziabad, has a stylishly luxurious mall culture complete with multiplexes and other entertainment options like amusement parks. At the same time the city’s proximity to Delhi translates into numerous avenues to nudge one’s wanderlust. Most popular tourist attractions include the Swarn Jayanti Park, Ram Manohar Lohia Park, Indira Priyadarshini Lake, ISKCON Temple, Shipra Mall, and the City Forest. Hotels in Ghaziabad are strategically located in closer proximity with the famous tourist destinations in the city. Excellent connectivity and comfortable travel options offered by Metro Rail and bus services take away exhaustion from travel. 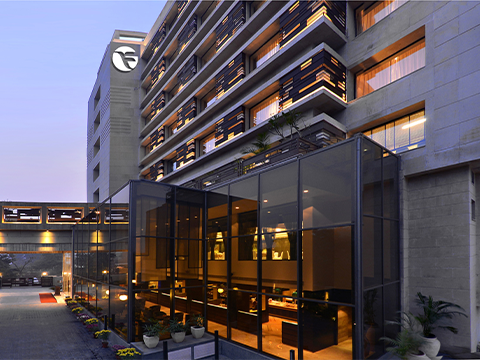 Conveniently located in the heart of the industrial area, Fortune District Centre Ghaziabad is perfectly suited to service the business requirements of the city.